Mini-invasive and percutaneous surgery in forefoot

Mini-invasive foot surgery is a surgical technique, which, as the name suggests, is based on limited incisions (not exceeding 1 to 2 cm) to perform surgical procedures usually performed by the surgeon first by broad ways.

This entails, among other things, two consequences: a) he does not see everything he does, and b) must have suitable surgical instruments, ie size and size designed for this purpose.

As a result, this surgery is only performed with these adapted instruments (see Figure 1) and specific brightness amplifier dedicated to this surgery (see Figure 2).
This is a kind of a televisual radiography, which makes it possible to make and follow the effects of each movement in real time. The goal is to control what he does not see. 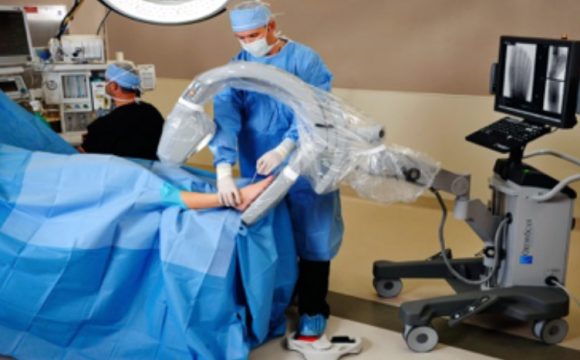 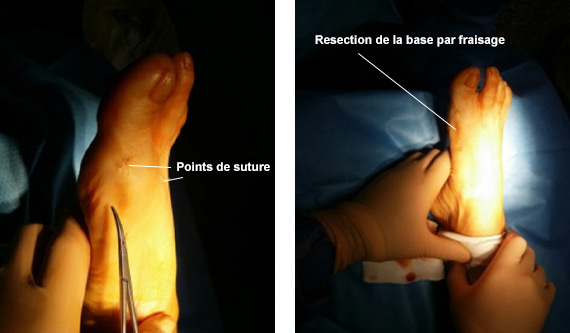 Several surgical acts that can be done in this way:

Percutaneous surgery of the foot is a kind of “blind” surgery that is done through the “skin” and is also a “kind” of minimally invasive surgery because it is done by even smaller incisions 1 to 3 mm. To be guided, the Fluoroscopy is very helpful. In some cases both techniques may be used at the same time, in an associated manner. In which kind of case: it depends of the gesture, or the nature of the act or the topography of the bone to be approached, so much so that they can be confused and speak most often of minimally invasive and percutaneous surgery of the foot. 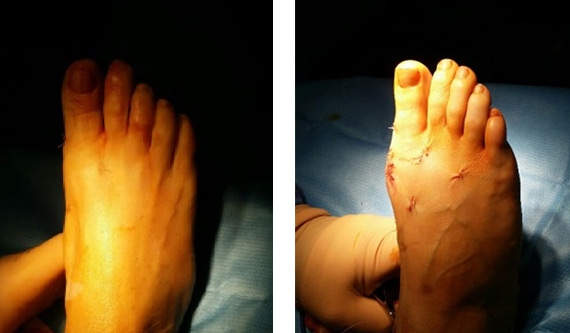 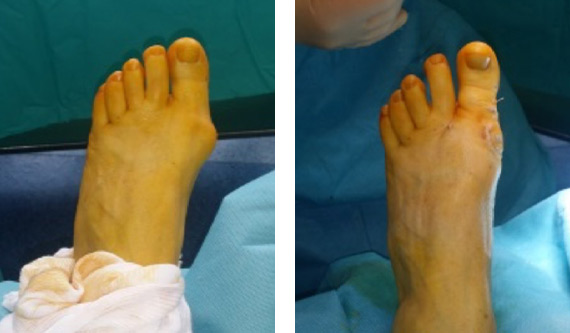 Fig. 5- moderate case of Hallux valgus: images BEFORE and AFTER mini-invasive surgery

Initially practiced in the USA for more than 20 years, this technique was introduced in Europe and then in France for a decade. It cannot treat all cases of foot and ankle surgery. This is a complementary method to those that already exist. This technique is for orthopedic surgery what the technique of Coeliscopy is to general and abdominal surgery, and in some respects is similar to the mensiscectomy by Arthroscopic in the knee; it brings to traditional orthopedic surgery a new therapeutic arsenal that enriches and complements but does not replace the old one. The patients, in any case, also call it those for whom the term Coeliscopy, seems too technical, “holes” surgery or even “surgery by holes”. And they use the same name for minimally invasive and percutaneous foot surgery.

It should be emphasized and remembered that this surgery can be dangerous and become more aggressive than conventional surgery because the surgeon does not see what he does but through a televised radiography that helps but which (as with the objectives and Laparoscopic and arthroscopic cameras) is dfferent from direct vision and requires a learning curve and quality equipment.
In which pathologies, this technique can be even more advantageous? Whenever a tenotomy, or osteotomy or bone resection is needed. In other words, in a very wide range of pathologies: 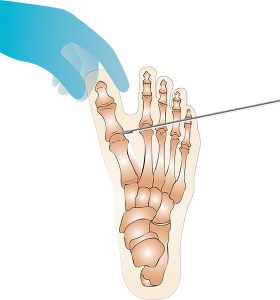 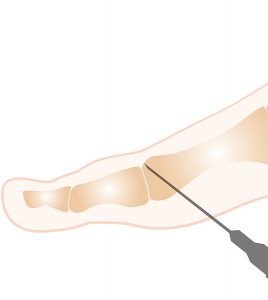 The fixation of osteotomies (in the minimally invasive and percutaneous technique) is generally not carried out, with a few exceptions, by screws, pins or surgical plates, as is the case with the conventional fire technique open. There is simply no fixation. For various reasons, including those which are easily explained by the absence of detachments and dissections of the soft parts, by the type of osteotomies and their orientations and by the necessary immediate support, which consists in asking the patient Immediately after surgery to avoid the frequent Bone demineralisation “and other” algo-dystrophic “complications encountered more frequently in traditional surgery.

Fig. 7- Hallux Valgus and APRA: BEFORE and AFTER surgery DMMO or OMMD

The direction of the osteotomy line is made obliquely, from top to bottom and from front to back, in “bevel” which has the consequence of causing during the support, during the march, a “co-aptation “. Of the osteotomy focus, a factor that promotes rapid bone consolidation, ie a rapid cure in 3 to 4 weeks of osteotomy compared to the usual and normal delay for a metatarsal or bone fracture, A phalanx. 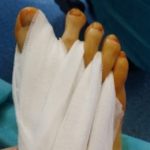 Essential role of the dressing the first 3 to 4 weeks. The “Concept” which is the basis of this technique, which is in a way the “philosophy” of this technique consists in the immediate support, without means of fixation, other than the dressing, to consolidate. Conservation of the hematoma formed by osteotomy, around the corrected bone, (not being evacuated as in open-heart surgery), healing takes place more quickly.

It is the “wet” dressing, which, when dry, acts as a restraint, like a “kind of microspray” around the toe, maintains the axial correction obtained by the osteotomy. The arrangement of the compresses which are necessarily woven and unrolled by tying the toes in the form of intertwined “straps”.

The risks are many, although the benefits are many and like any surgical technique, it has its limitations and Risks.