Member of the French College of Orthopedic Surgeons 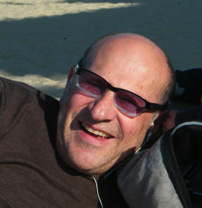 Qualified in Orthopedic Surgery for about 20 years, Dr. R. Borgi has been practicing ankle and foot surgery for more than a decade. He has published several articles and numerous books, one of which was prefaced by Professor R. Merle d’Aubigné and the other by Dr. J. Judet.

After numerous patents in France and the United States, he participated in research and taught Biomechanics for several years in various universities. He has participated in transfers, to the industry, of innovative technologies in the field of Medical Device. He practices percutaneous and minimally invasive surgery of the foot and ankle the Yonne, at the Polyclinic Sainte Marguerite in Auxerre and in the Loiret at the Clinic of Montargis.

He has published 3 books in the field of Orthopedics, Traumatology and Biomechanics:

And contributed to the writing of the 2 works:

Articles with one or more co-authors:

Yes, it is the time which heals fractures, not thanks to the surgeon or to any particular method, but thanks to this physiological biomechanics which my admiration would call divine if I were not afraid of being taxed as a finalist: a periosteal sheath which, Even neckline and torn, is sufficiently tight to keep under pressure the spindle hematoma around the rupture; Of the cells contained in this hematoma transforming into osteoblasts in the immobile zones at the points of the spindle, into cartilaginous cells in the still mobile zone:

This cartilaginous callus, solid enough by its form to hold the fragments, flexible enough not to tear itself apart; The invasion of this cartilage by the vessels, and its ossification forming a provisional callus, always in a spindle, therefore sufficiently solid, but still sufficiently plastic to allow the mechanical constraints to act; These constraints finally directing the construction of the spans and reconstituting a structure adapted to its function, with resorption of the part that has become useless of the provisional callus, and often (especially during growth) straightening of a deformation.

This admirable process, which allows a dog to heal fracture simply by walking on 3 legs, should make surgeons more modest and prevent them from calling vicious, such as a keloid scar, any callus on the X-ray, And to brag (with a mechanical deformation that the “iterative fractures” soon flouted) the perfection of the “autogenous welding” that they claim to elicit under their screwed plate more or less compressive.

I was most recently solicited to testify in a lawsuit between a surgeon and a young girl, who at the age of twenty-three, with a closed fracture of the femoral shaft, was seen, after eleven operations and ten years’ Suffering and unheard-of expenses, a high thigh amputation. It was happening in a major center in North America.

I thought I could answer that there was not enough gold in Fort Knox to compensate for the loss of the youngest woman of the ten most beautiful years of her life and finally of one of her lower limbs.

At the other end of the long line of witnesses to charge an accuser of fracture surgery could call, I could extract this personal observation: by a curious accident, a 21-year-old man is on both legs two fractures Identical: transverse to the middle third on tibia and fibula. Both are anatomically reduced, re-energized and immobilized by plaster.

But for one, the reduction was possible only at the cost of a small surgical opening, but without osteosynthesis. On the closed side, the tibia will be consolidated in fifty days; The open hearth still mobile at 120 days will be processed by screwed grease, successfully.

This observation gave me, nearly forty years ago, a conviction that all the facts observed: the opening of a fracture focus, even without the introduction of foreign matter,without an infection creates a handicap that must be compensated by the quality of a solid and durable fixation justified by real advantages of quality of reduction, comfort of the injured and, to the rigor & less time in hospitalization.

To the question asked by a participant in the famous Davos osteosynthesis course “What are the fractures that can still be treated without operation? “The response of one of the officials was impeccable: “All those who heal as well as by surgery”. But alas, most teachers were no longer assured of curing by closed methods and the pupils were not ready to become so…

Because the techniques of osteosynthesis are so pleasant, their material so fascinating, the perfection of the radiographies so pleasant to show the patient, that these methods, energetically propagated by inventors, manufacturers and traders have spread like wildfire, despite their price,despite the dangers, well beyond the reasonable indications. And those who are engaged in this path will have great difficulty in getting out of it, for they often lack the knowledge, material, confidence necessary for the orthopedic treatment of fractures. This treatment is the safest, but it is also the hardest for the surgeon: instead of being wound up in an operation, it requires many gestures that have nothing prestigious, and above all a sustained and prolonged attention, therefore an organization.

This is why I congratulate Richard BORGI and BUTEL for writing this book: it took a lot of courage to undertake it, to share a very important experience and also to do, as they did, a Inventory of non-bloody methods used by other authors.

In reading their book, however, I have two regrets. The first is that they did not take Orthopedic treatment, closed fracture treatment: this would have made it possible to include Medullary nailings of the femur and tibia which, with closed hearth, are the queen methods; elimination of embrochages, not recommended.

My second regret is that they did not distinguish more clearly the cases where the choice of treatment Orthopedic or Bloody is open to the surgeon according to his preferences or those of the injured of those where one method is needed.

On the contrary, I believe the intervention formally indicated in all fractures of the joints if it allows to hope for a rigorous reconstruction of the surfaces, in particular to the lower extemities of the humerus and femur, upper and lower of the tibia, Astragalus and sometimes calcaneum.

In all cases where this rigorous reconstruction of the surfaces is considered impossible or proves to be, early mobilization is the major imperative with or without continuous extention (calcaneum, comminuted fracture of the tibial tuberosities, Humerus) or after exeresis (patella, radial head in adults).

But BORGI and BUTEL’s aim was not to write a therapeutic fractures, but to recall the most efficient conservative techniques, which we too tend to forget, their difficulties and their pitfalls, but also their value. They did it in an excellent way.

As such, their book comes to the point. It will be of great service to those who have to deal with fractures, especially where economic constraints are cumbersome, which could well happen even in “developed” countries.